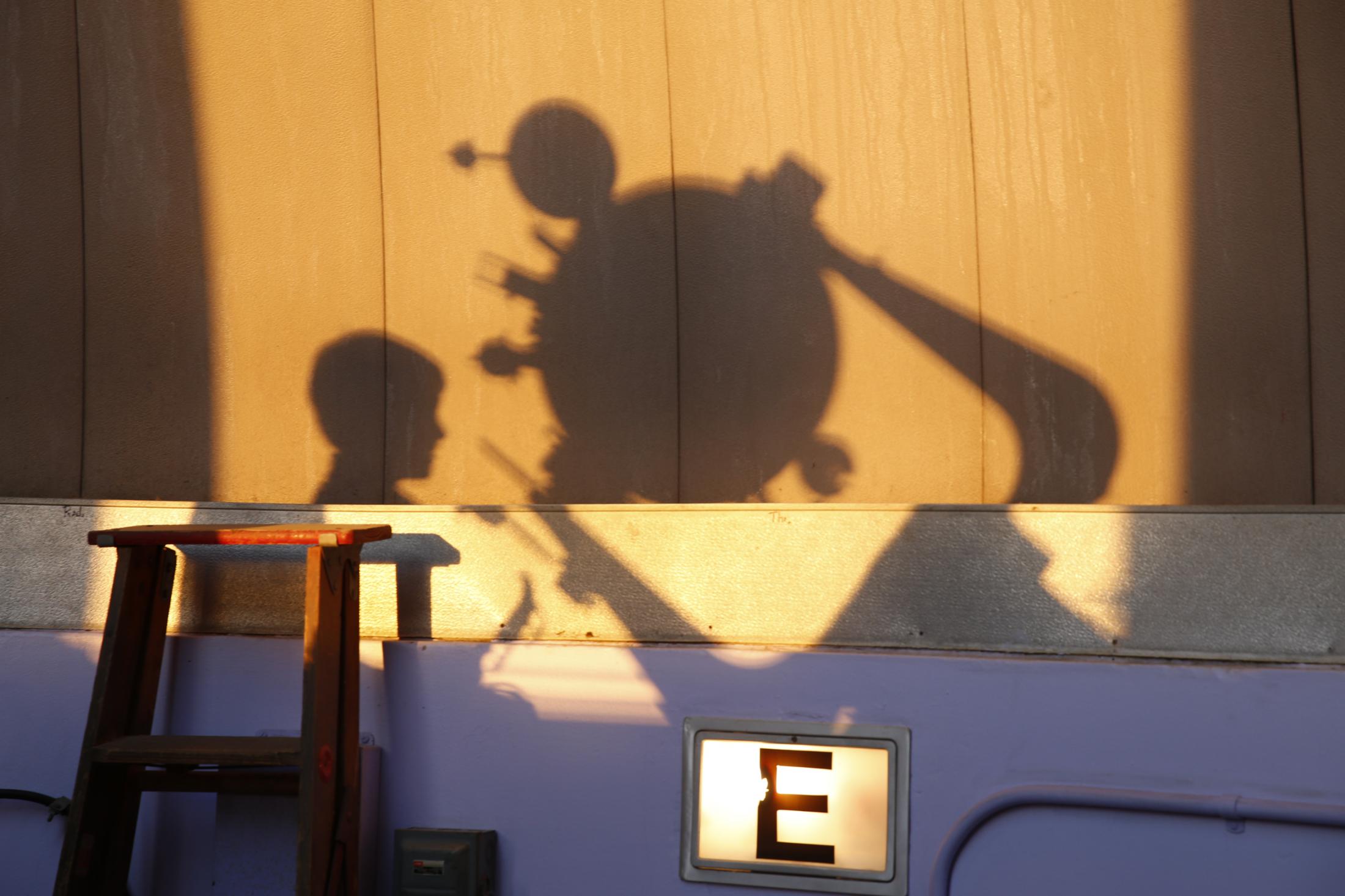 Captions
Caleb Werner looks at a Celestron 16 telescope at Laws Observatory. The observatory is open from 8 to 10 p.m. Wednesdays, weather permitting. 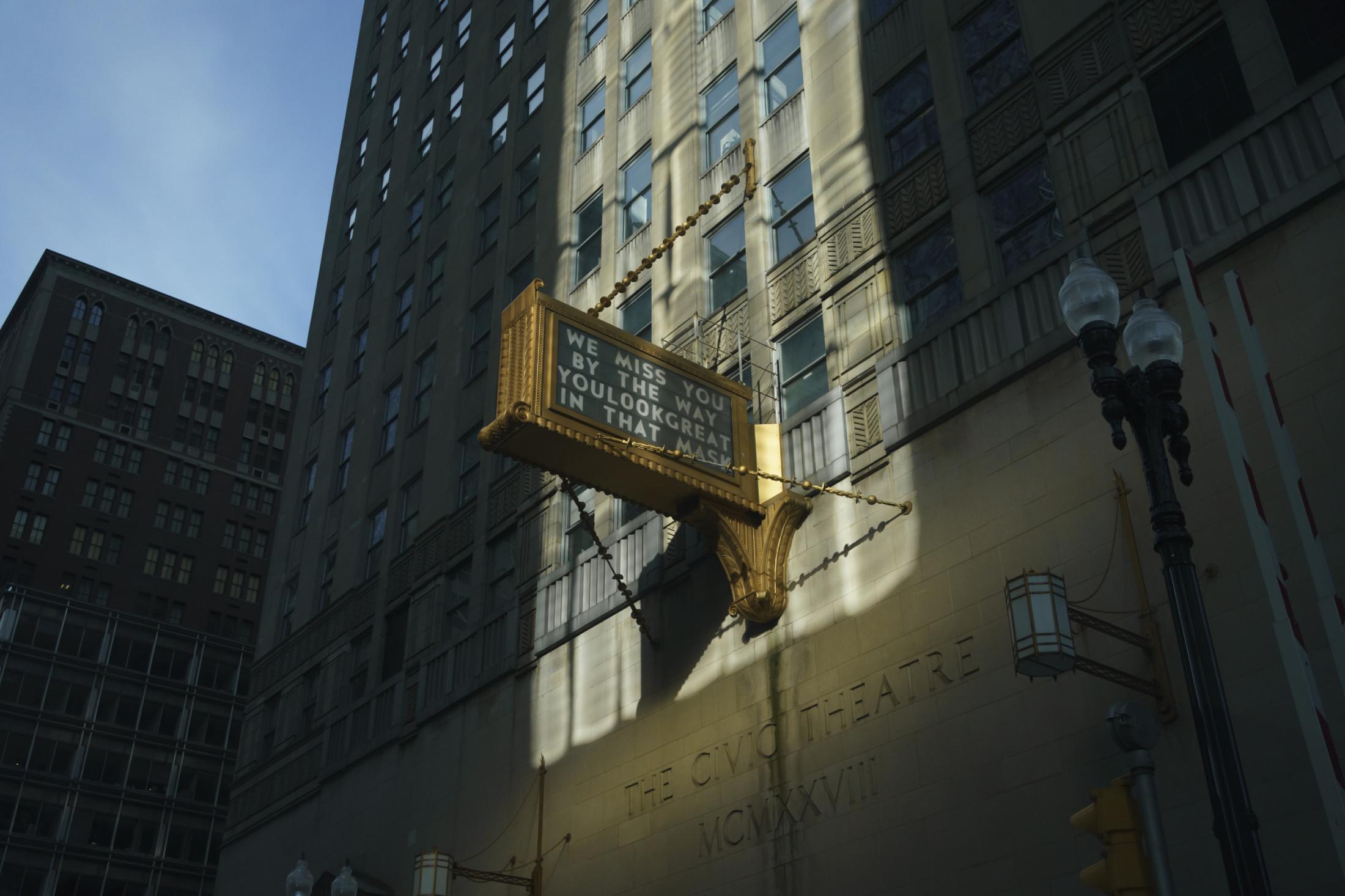 Captions
A beam of sunlight through buildings illuminates a sign at The Civic Opera House in Chicago as hospitals across the U.S. started receiving COVID-19 vaccines. 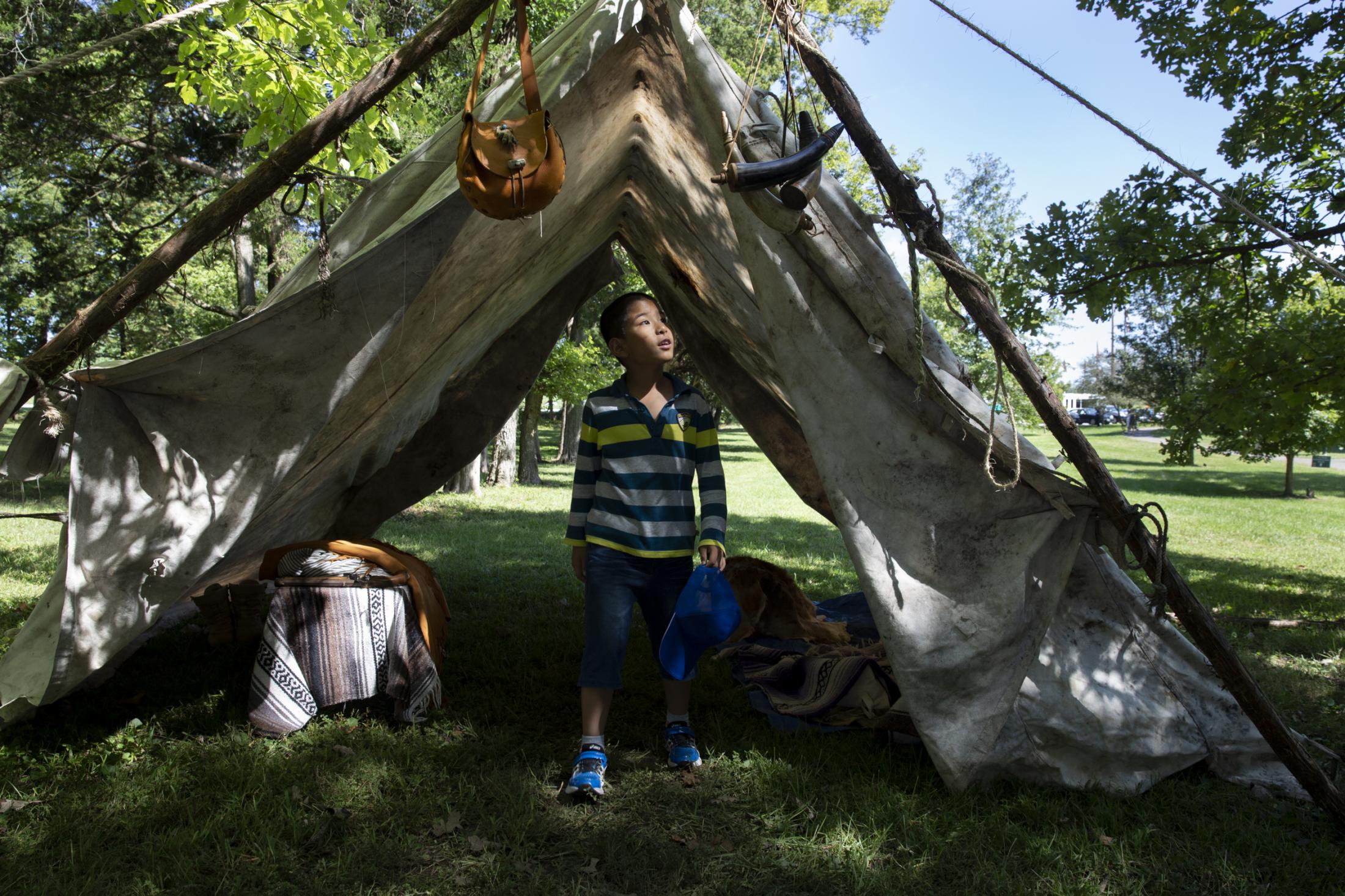 Captions
Lucas He, 8, explores a 19th-century-style mountain man camp during Columbia's 39th annual Heritage Festival and Craft Show at Nifong Park in Columbia, Missouri. A dozen artisans and tradesmen dressed in 19th century attire, demonstrated their trades and sold their wares. Xiao Ling Guo, the boy’s mother, said, “We are newcomers, so I think it’s really important for us to understand the depth of local culture.” 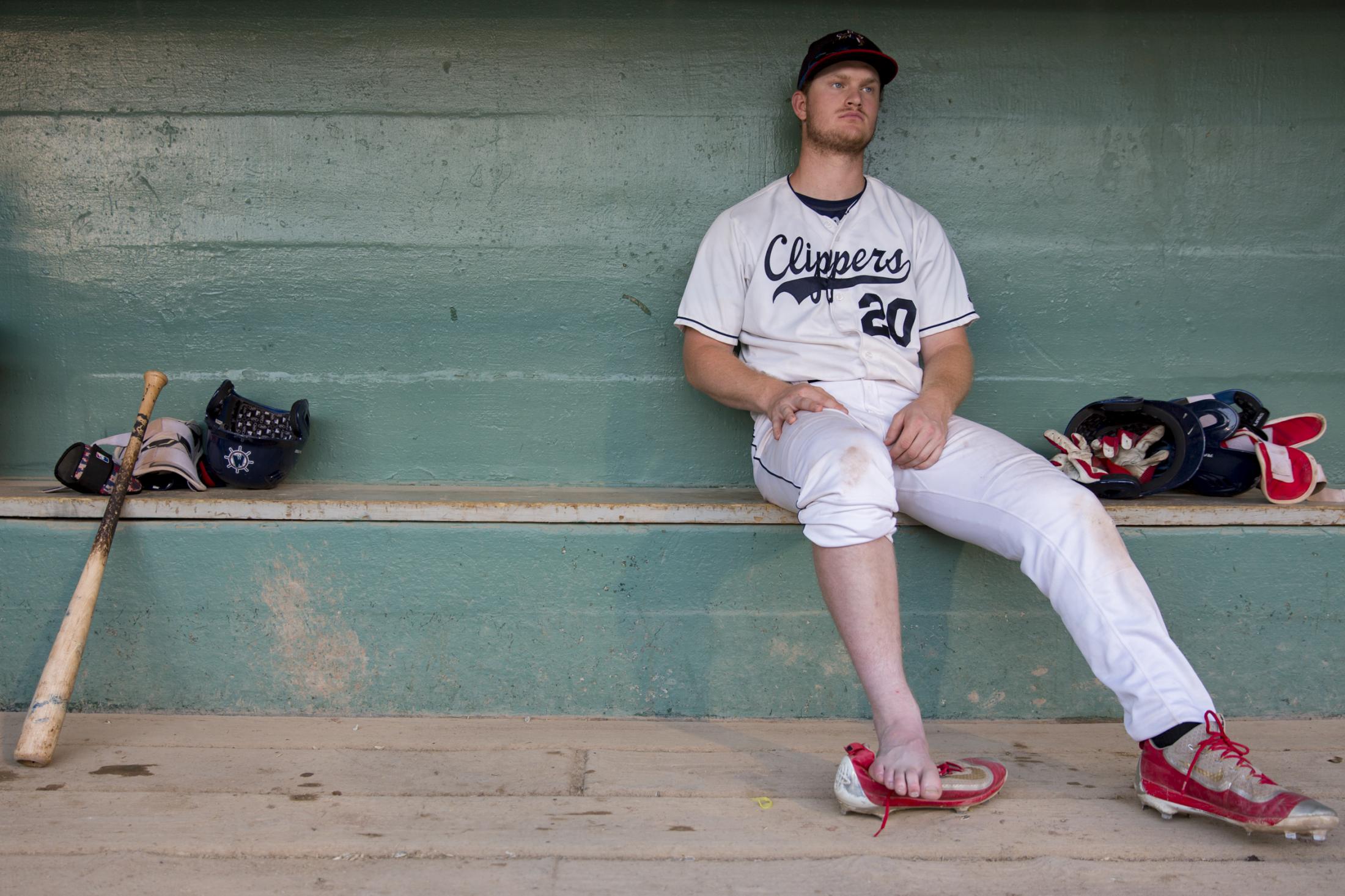 Captions
Muskegon Clippers Peter Zimmermann (20) rests in the dugout after an ankle injury on the right foot during a game against Grand River Loggers at Marsh Field in Muskegon, Michigan. Zimmermann said he was disappointed especially because his family traveled a long way from Missouri to watch the game. Loggers defeated Clippers 6-2. 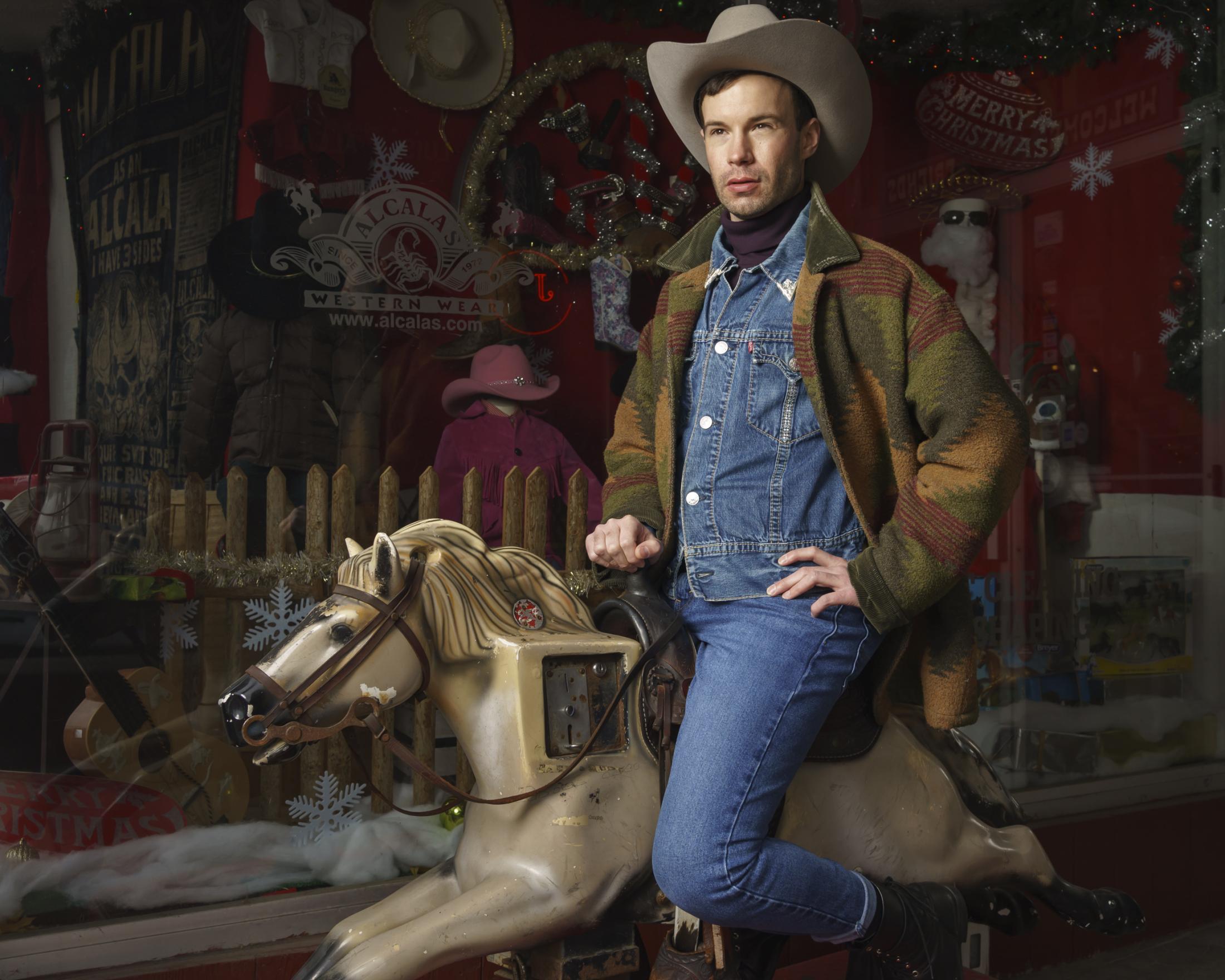 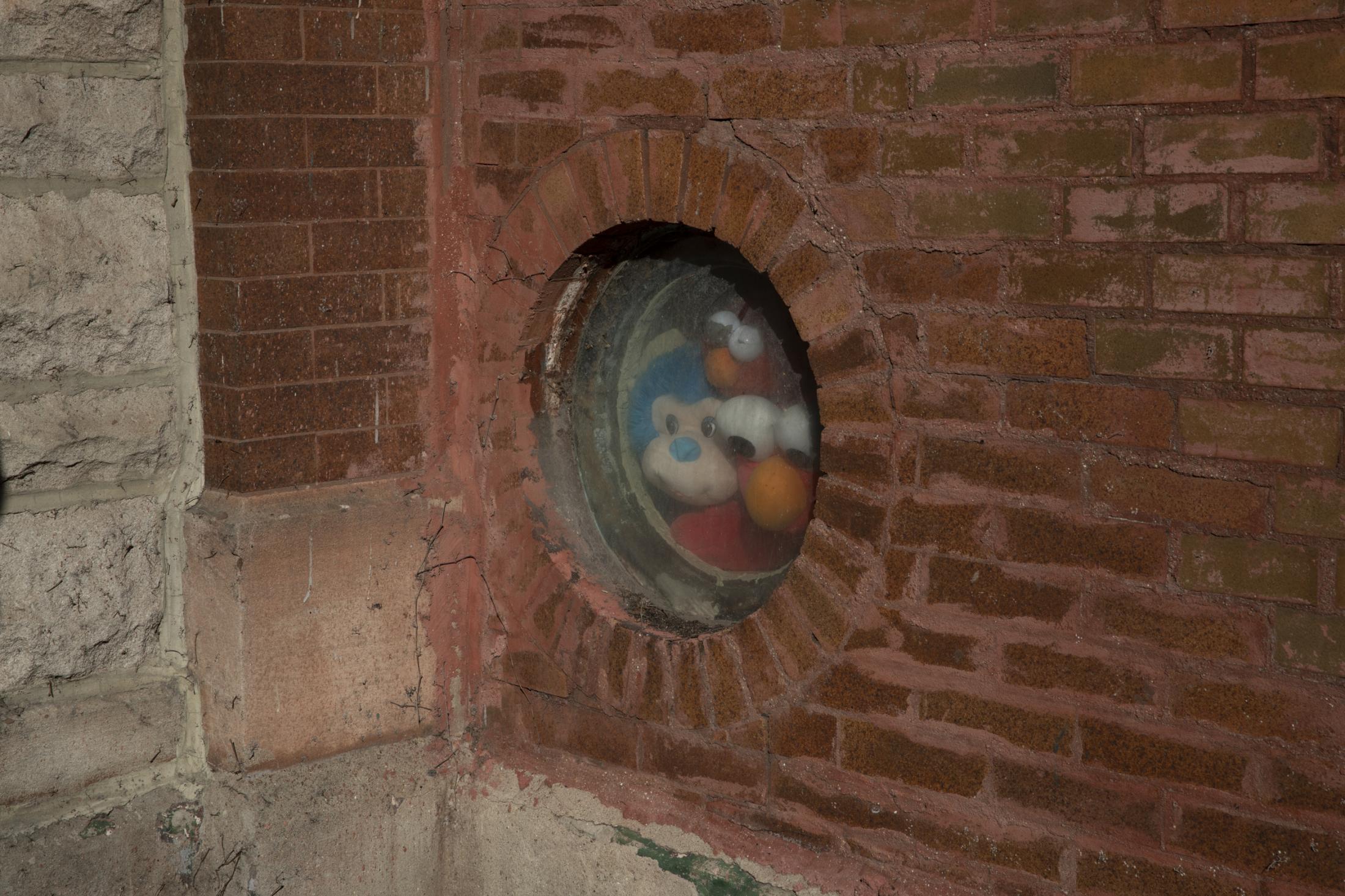 Captions
Dolls peek out the window of a residential building in Chicago on Halloween. 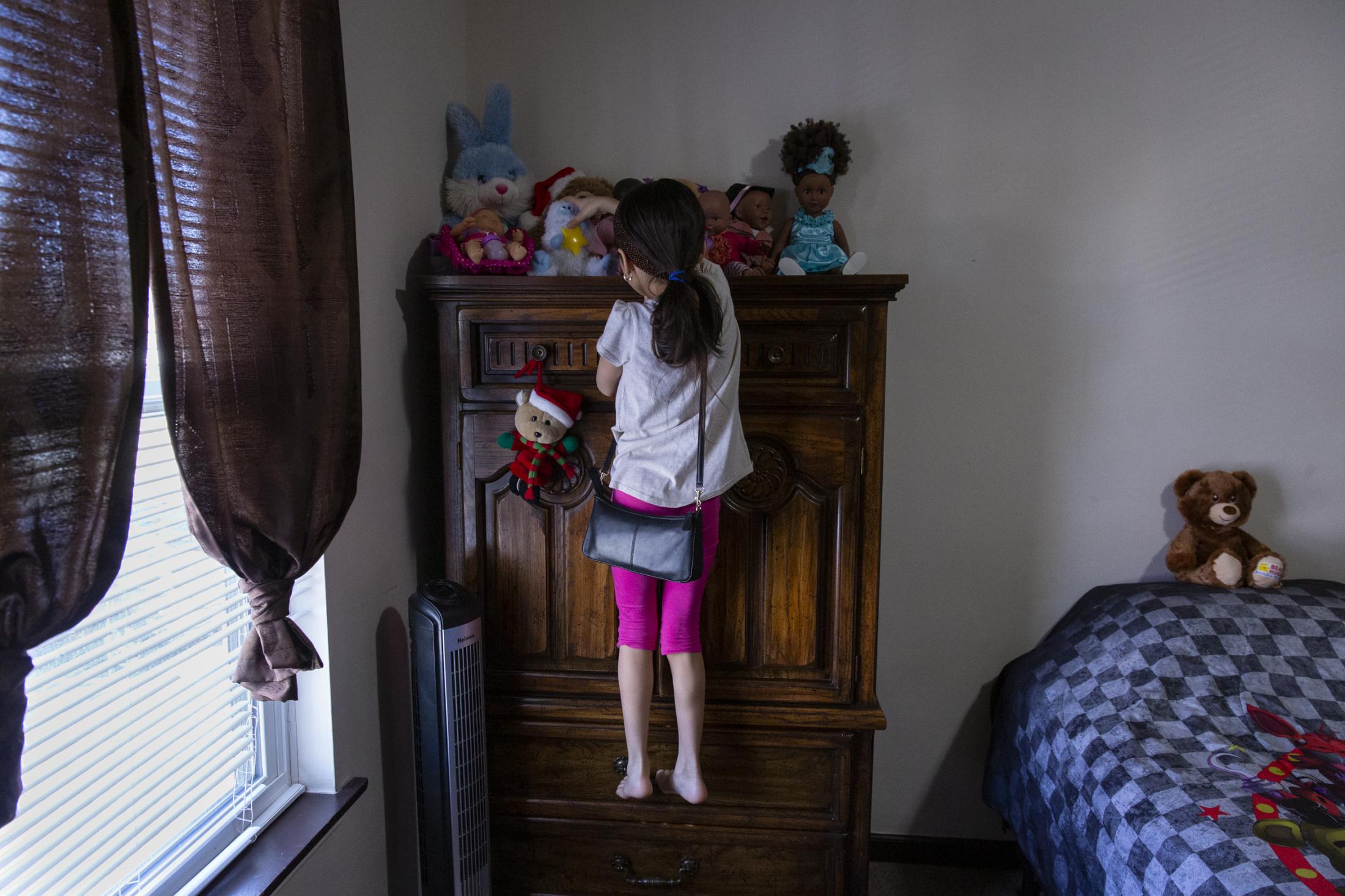 Captions
Intisar Bakour, 8, reaches for her favorite doll in her room in Indianapolis, Indiana. Bakour's grandparents arrived in the United States as Syrian refugees and started living with her and other family members in the same house after years of waiting because of president Donald Trump's ban on travel from predominantly Muslim countries. Bakour said she felt nervous meeting with her grandparents at the airport for the first time since she was four, and she didn't recognize them at first. "And then my mom told me that was her mom and dad, and then I knew they are my real grandparents." 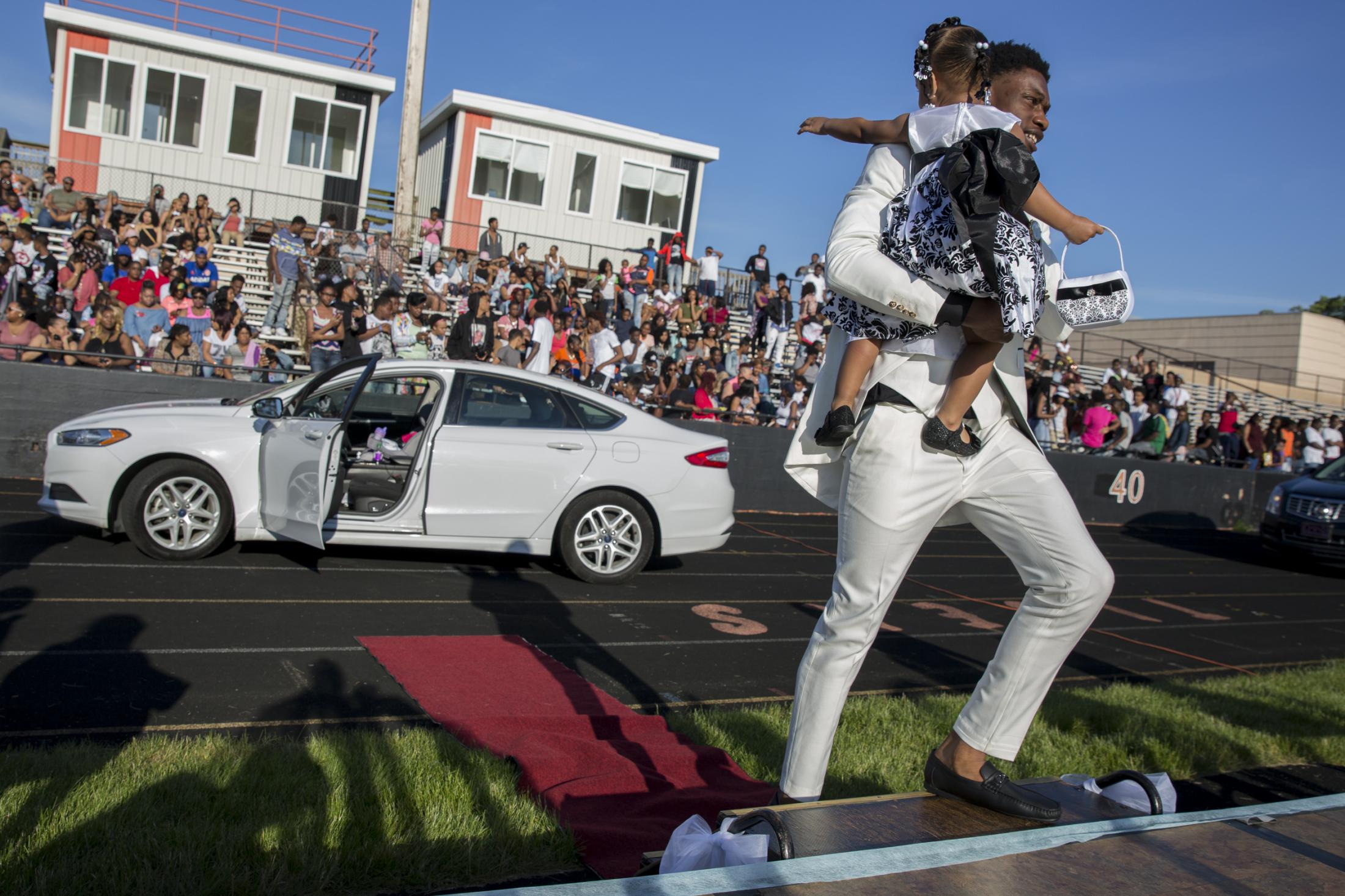 Captions
Javonte Kendrick carries his niece Monyae Helms, 1, to the stage as their names were announced during Muskegon Heights Academy's traditional pre-prom Showoff in Muskegon Heights, Michigan. A longstanding tradition, Showoff involved 40 students and their dates driving up in front of a platform on the high school football field before heading to the prom. 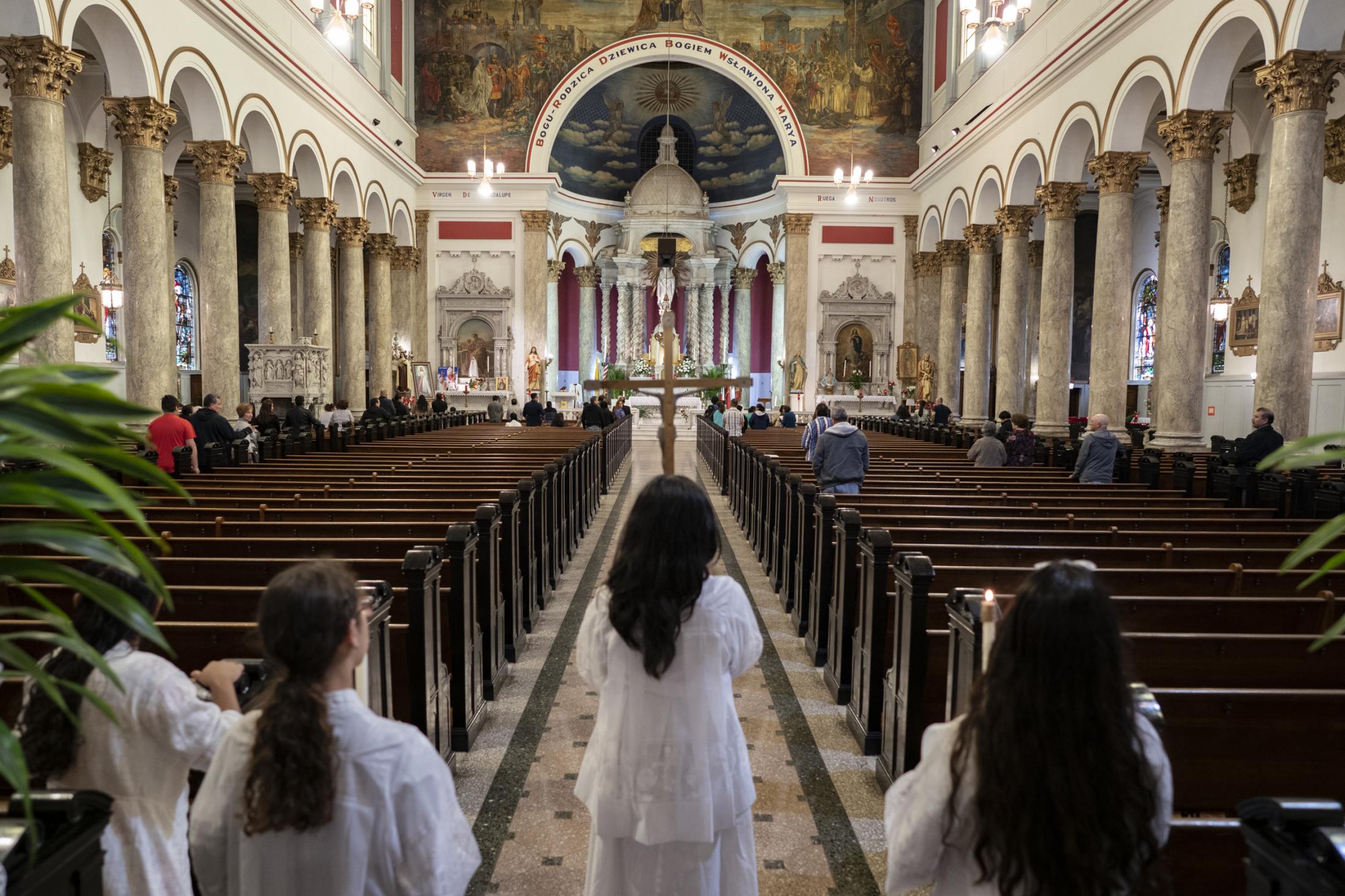 Captions
A crucifier carries a processional cross during the entrance procession of a mass at St. Adalbert Church in Chicago. The church holds particular significance for the Polish community in Chicago, whose ancestors built the church more than a century ago, and for the Mexican parishioners who have long called the church home. It closed in July 2019 due to a decline in parishioners. 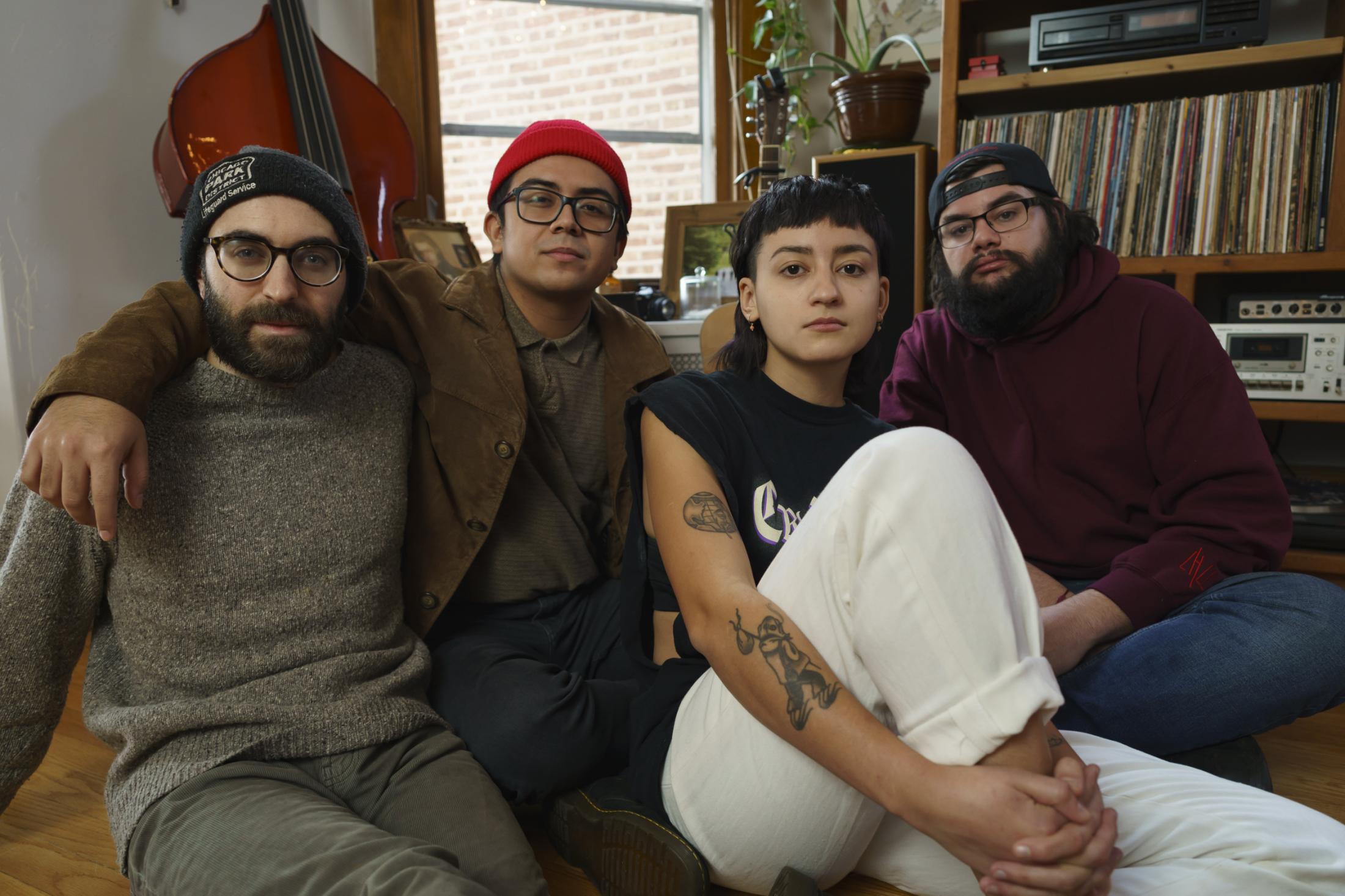 Captions
Members of Late Night Laundry sit together at Emily Burlew's home, second to right, where the band sometimes record their music in Chicago. 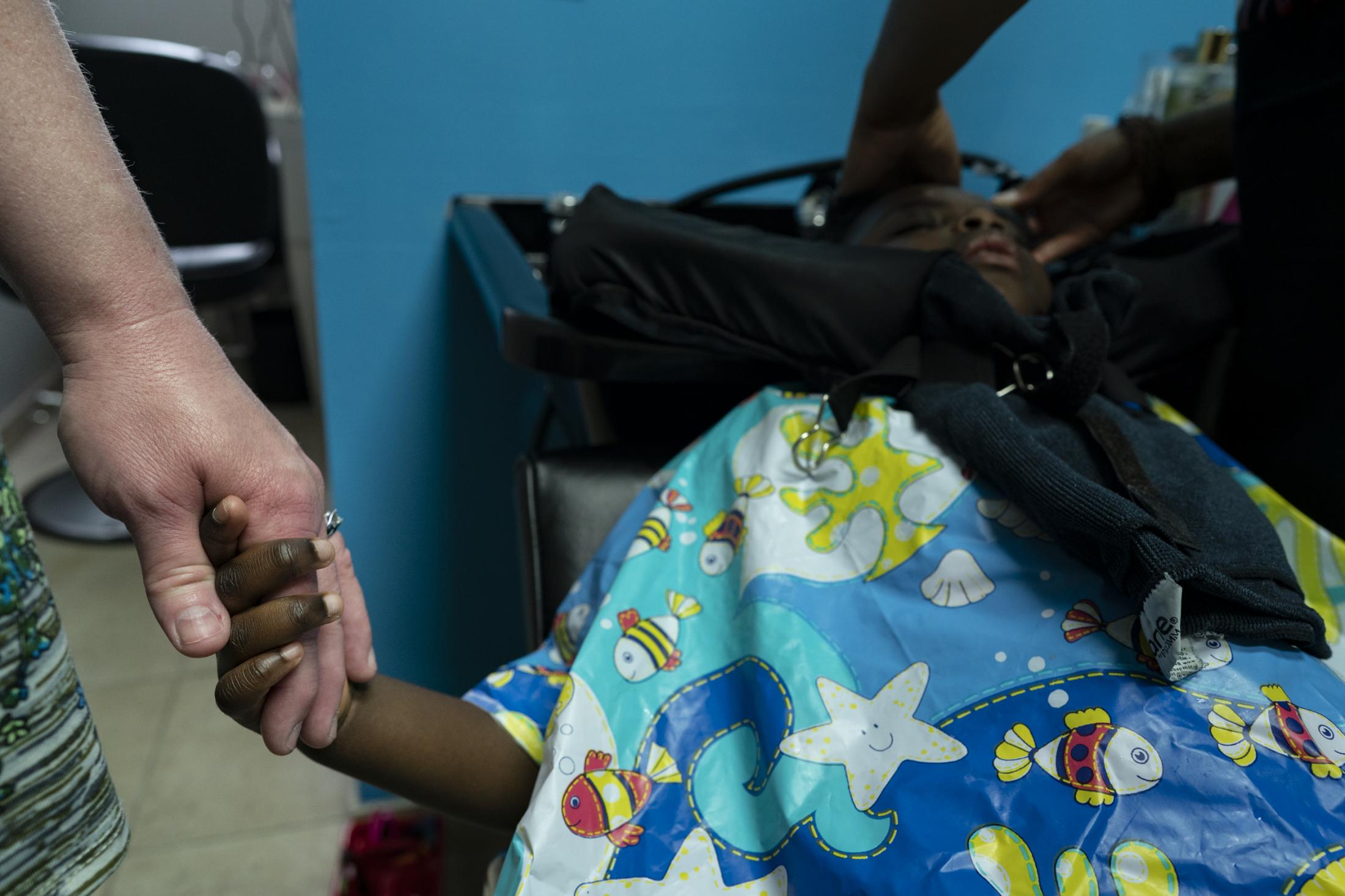 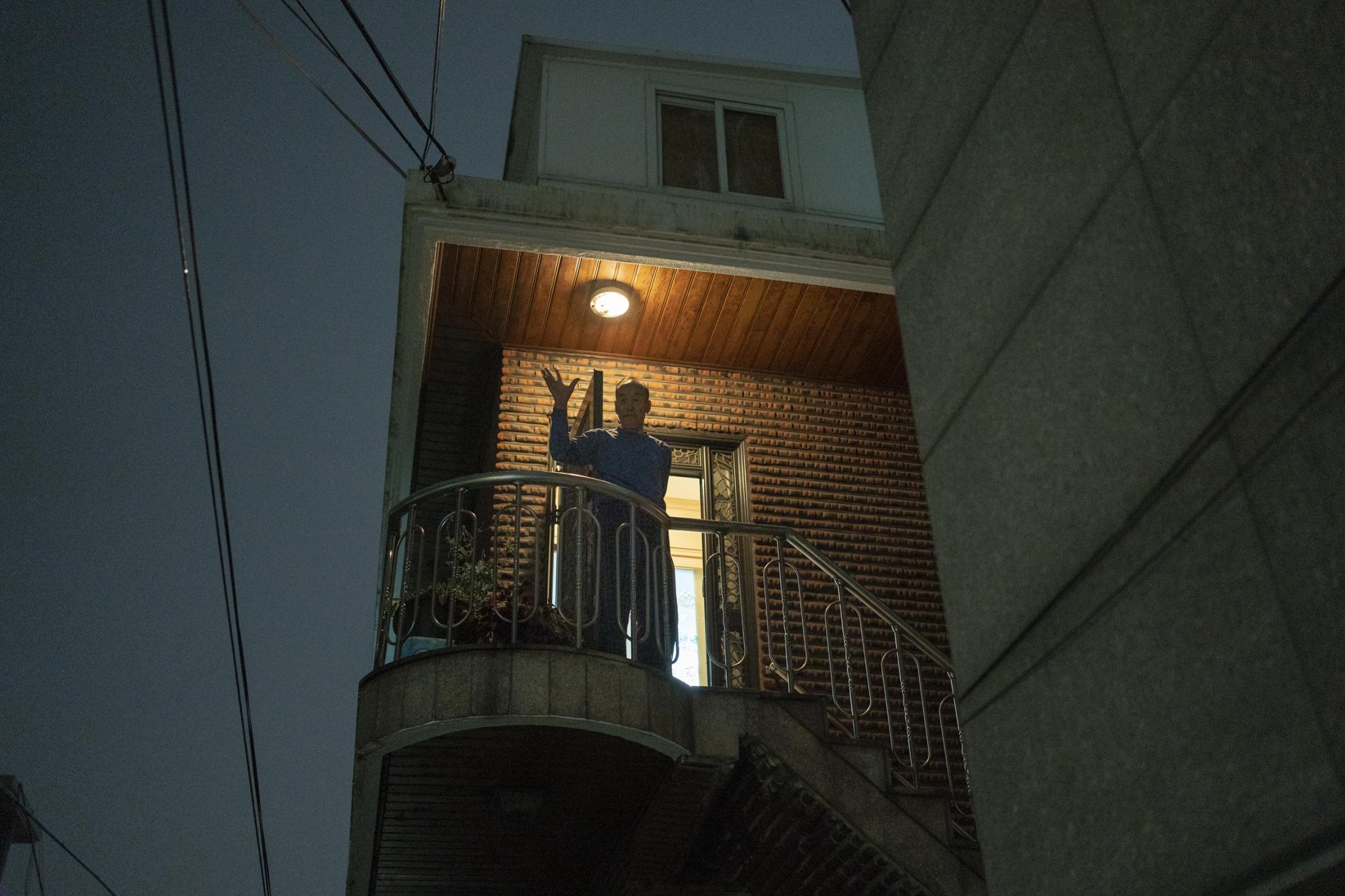 Captions
Younggil Jo waves goodbye from his porch at his home in Seoul, South Korea. 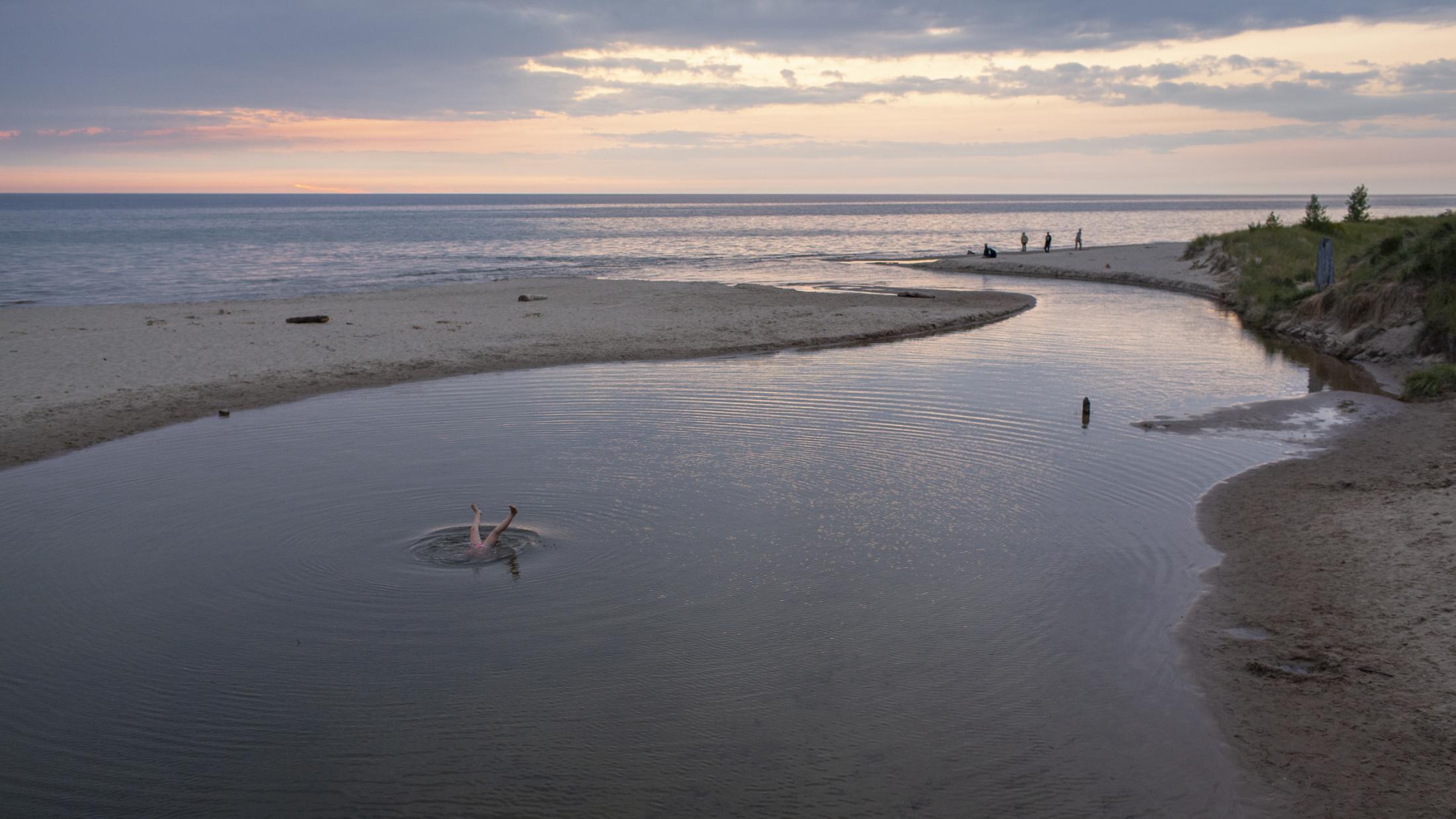 Captions
The sun sets over Lake Michigan as a swimmer flips upside down at Duck Lake State Park in Dalton Township, Michigan.